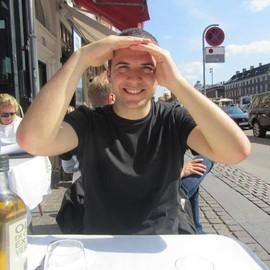 Giordano Da Lozzo is an assistant professor (RTDa) at Roma Tre University, working in the research group on Graph Algorithms and Network Visualization. Prior to this position, he was a postdoctoral researcher (assegnista di ricerca) at the same institution for four years, mentored by Giuseppe Di Battista, and an assistant project scientist in the Theory Group of the Center for Algorithms and Theory of Computation at University of California, Irvine for one year, jointly mentored by Michael T. Goodrich and David A. Eppstein. He obtained his PhD degree in Computer Science and Automation Engineering in 2015 from Roma Tre University, jointly advised by Giuseppe Di Battista and Maurizio Patrignani, where he also graduated cum laude in Computer Engineering presenting a thesis that received the AICA-Confindustria award as best thesis in Information Communication Technology. He was a Leonardo da Vinci fellow at the RIPE Network Coordination Center in Amsterdam and a visiting scholar at the Charles University in Prague. He was also a research visitor at the Universität Tübingen, the Technische Universiteit Eindhoven, and the Karlsruhe Institute of Technology.

His research interests are in algorithm engineering and complexity, focused in particular on the practical and theoretical challenges arising from the design of efficient algorithms for the analysis and visualization of networks. His primary area of research lies in graph drawing, a research field at the intersection of the areas of computational geometry, combinatorial optimization, discrete mathematics, and graph theory. He is involved in several research projects exploring fundamental questions about the visualization of large and evolving networks, visualizations for cybersecurity, layouts of simultaneous and clustered networks, as well as contact and hybrid representations of real-world graphs.

He has published 24 articles in prestigious journals in the field of algorithms, such as ACM Transactions on Algorithms, Algorithmica, Discrete and Computational Geometry, SIAM Journal on Computing, and Theoretical Computer Science. He has published 40 conference papers in selective international venues, such as the Symposium on Data Structures and Algorithms (SODA), the Symposium on Computational Geometry (SoCG), the International Colloquium on Automata, Languages and Programming (ICALP), and the European Symposium on Algorithms (ESA). Moreover, he is the coauthor of a book chapter entitled Beyond Clustered Graphs. Finally, he has served as a program committee member in internal conferences and as a reviewer for several journals and research funding projects. 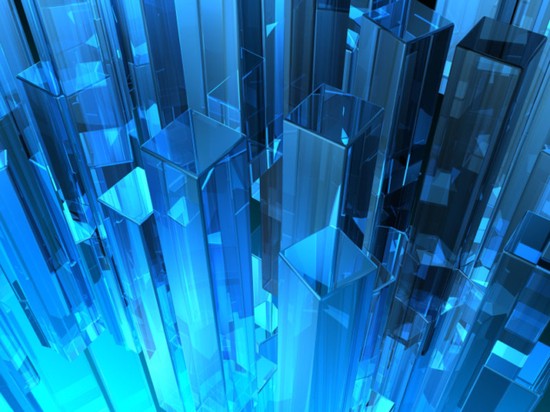 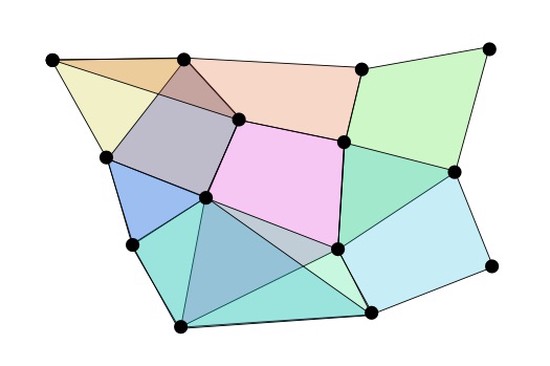 Combinatorics of Networks and Computation (funded by EU Horizon 2020 Programme) 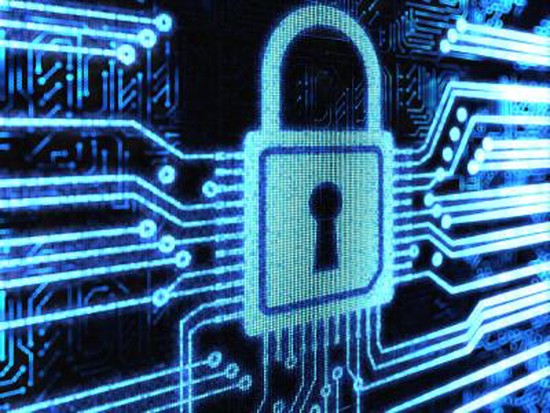 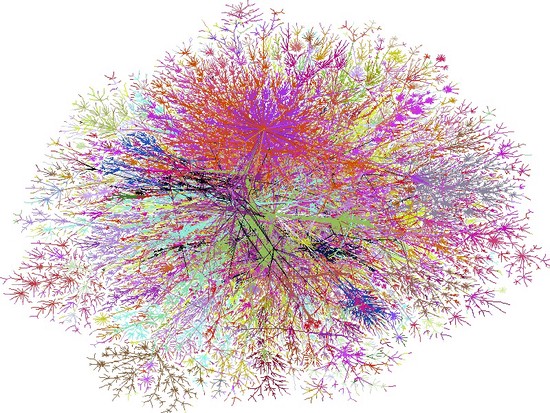 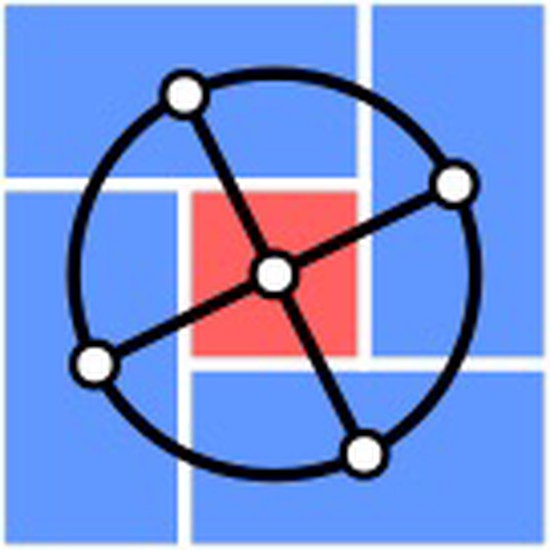 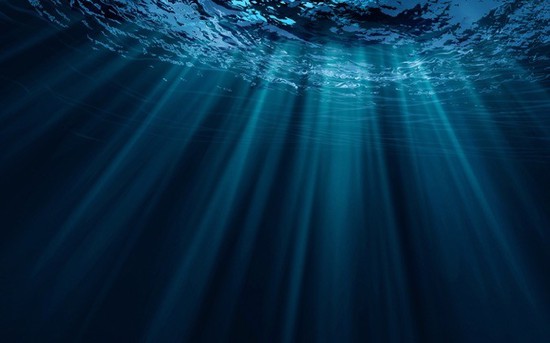 Here are some of the courses for which I was formally appointed as a teaching assistant:

Giordano Da Lozzo: Design and analysis of a paradigm for visualizing and exploring relational data in a mobile environment and its implementation on the Google Android platform. Roma Tre University. 2011. 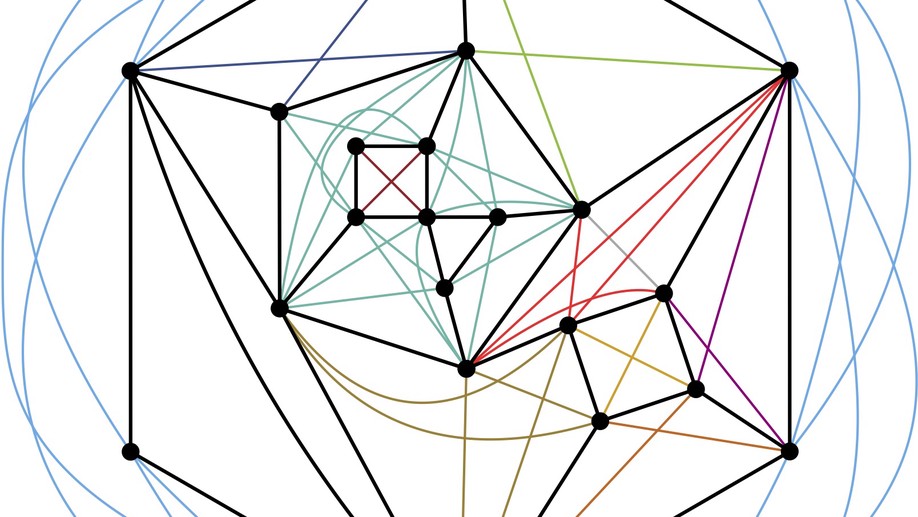 An embedding of a graph in a book, called book embedding, consists of a linear ordering of its vertices along the spine of the book and an assignment of its edges to the pages of the book, so that no two edges on the same page cross. The book thickness of a graph is the minimum number of pages over all its book embeddings. For planar graphs, a fundamental result is due to Yannakakis, who proposed an algorithm to compute embeddings of planar graphs in books with four pages. Our main contribution is a technique that generalizes this result to a much wider family of nonplanar graphs, which is characterized by a biconnected skeleton of crossing-free edges whose faces have bounded degree. Notably, this family includes all 1-planar and all optimal 2-planar graphs as subgraphs. We prove that this family of graphs has bounded book thickness, and as a corollary, we obtain the first constant upper bound for the book thickness of optimal 2-planar graphs. 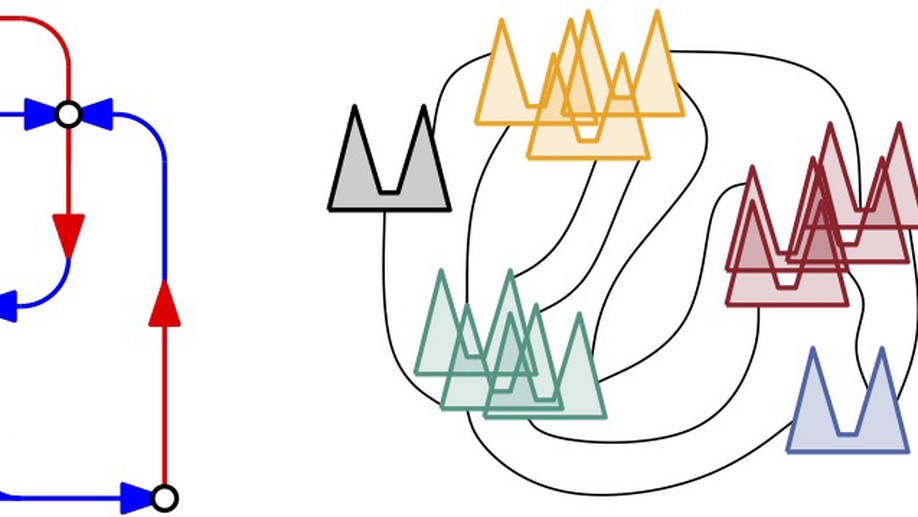 Given a planar digraph $G$ and a positive even integer $k$, an embedding of $G$ in the plane is $k$-modal, if every vertex of $G$ is incident to at most $k$ pairs of consecutive edges with opposite orientations, i.e., the incoming and the outgoing edges at each vertex are grouped by the embedding into at most $k$ sets of consecutive edges with the same orientation. In this paper, we study the $k$-Modality problem, which asks for the existence of a $k$-modal embedding of a planar digraph. This combinatorial problem is at the very core of a variety of constrained embedding questions for planar digraphs and flat clustered networks.
First, since the $2$-Modality problem can be easily solved in linear time, we consider the general $k$-Modality problem for any value of $k>2$ and show that the problem is NP-complete for planar digraphs of maximum degree $\Delta \geq k+3$. We relate its computational complexity to that of two notions of planarity for flat clustered networks$:$ Planar Intersection-Link and Planar NodeTrix representations. This allows us to answer in the strongest possible way an open question by Di Giacomo et al. GD17, concerning the complexity of constructing planar NodeTrix representations of flat clustered networks with small clusters, and to address a research question by Angelini et al. JGAA17, concerning intersection-link representations based on geometric objects that determine complex arrangements. On the positive side, we provide a simple FPT algorithm for partial $2$-trees of arbitrary degree, whose running time is exponential in $k$ and linear in the input size.
Second, motivated by the recently-introduced planar L-drawings of planar digraphs GD17, which require the computation of a $4$-modal embedding, we focus our attention on $k=4$. On the algorithmic side, we show a complexity dichotomy for the $4$-Modality problem with respect to $\Delta$, by providing a linear-time algorithm for planar digraphs with $\Delta \leq 6$. This algorithmic result is based on decomposing the input digraph into its blocks via BC-trees and each of these blocks into its triconnected components via SPQR-trees. In particular, we are able to show that the constraints imposed on the embedding by the rigid triconnected components can be tackled by means of a small set of reduction rules and discover that the algorithmic core of the problem lies in special instances of NaeSat, which we prove to be always NAE-satisfiable–a result of independent interest that improves on Porschen et al. SAT03.
Finally, on the combinatorial side, we consider outerplanar digraphs and show that any such a digraph always admits a $k$-modal embedding with $k=4$ and that this value of $k$ is best possible for the digraphs in this family.

An embedding of a graph in a book, called book embedding, consists of a linear ordering of its vertices along the spine of the book and …
Michael Bekos, Giordano Da Lozzo, Svenja Griesbach, Martin Gronemann, Fabrizio Montecchiani, Chrysanthi Raftopoulou
Project SoCG 2020 ArXiv 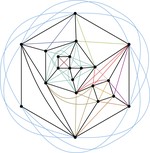 A graph drawing is greedy if, for every ordered pair of vertices $(x,y)$, there is a path from $x$ to $y$ such that the Euclidean …
Giordano Da Lozzo, Anthony D’Angelo, Fabrizio Frati
Project DOI SoCG 2017 Discrete & Comput. Geometry ArXiv