The role of recommender systems as a fundamental utility for electronic commerce and information access is well established with many commercially-available recommender systems providing benefits to both users and businesses. But, recommender systems tend to use simplistic user models that are additive in nature: new user preferences are simply added to the existing profiles. This additive approach ignores the notion of “situated action,” that is, the fact that users interact with systems within a particular context and items relevant within one context may be irrelevant in another. Little agreement exists among researchers as to what constitutes context, but its importance seems undisputed. In psychology, a change in context during learning has been shown to have an impact on recall. Research in linguistics has shown that context plays the important role of a disambiguation function. More recently, the role of context has been explored in intelligent information systems. In particular, a variety of approaches and architectures have emerged for incorporating context or situational awareness in the recommendation process.

The goal of this tutorial is to provide a broad overview of the problem of contextual recommendation and some of the recent solutions to the problem of modeling context. I will specifically focus on several approaches for integrating context in user modeling for personalized recommendation, including an approach inspired by a model of human memory and emphasizes the modeling of context based on observations of user behavior; another that emphasizes the role of domain knowledge and semantics as an integral part of user context, and finally, an approach that exploits social annotations, such as collaborative tagging, as the basis for inferring context. 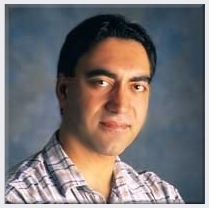 Bamshad Mobasher is a Professor of Computer Science and the director of the Center for Web Intelligence at the School of Computing of DePaul University in Chicago. His research areas include Web mining, Web personalization, recommender systems, predictive user modeling, and information retrieval. Prior to DePaul he was an assistant professor of Computer Science at the University of Minnesota, Twin Cities, where he did some seminal work in Web mining. He has published more than 150 scientific articles, numerous book chapters, and several edited books in these areas. He has served as an organizer and on the program committees of numerous conferences, including as a program chair and steering committee member of the ACM International Conference on Recommender Systems. As the director of the Center for Web Intelligence, Dr. Mobasher is directing research in Web mining, Web analytics, and personalization, as well as overseeing several related joint projects with the industry. His recent activities include co-editing a volume, “Intelligent Techniques for Web Personalization”, published by Springer, culminating from a series of successful international workshops on the same topic; and co-editing special issues of ACM Transactions on Internet Technologies and User Modeling and User-Adapted Interaction on data mining for personalization. He has also been one of the founding organizers of the highly successful WebKDD workshops on Knowledge discovery on the Web which were held at ACM SIGKDD conference for the over 10 years. Dr. Mobasher serves as an associate editor for the ACM Transactions on the Web and the ACM Transactions on Intelligent Interactive Systems. His is on the editorial boards of several other prominent computing journals, including User Modeling and User-Adapted Interaction, and the Journal of Web Semantics.

Bronze and Other Sponsors

Throughout history, Rome has played a starring role in all the Western art with amazing classical statues, stunning Renaissance frescoes, breathtaking baroque decor. Discover how to enjoy the city and feel the most delightful experience during the days of the conference [more]